Continuing the series on the National Agenda, in this post we will address civil society’s response to Decree No. 9,571/18, consolidated by Resolution No. 05/2020 of the Brazilian National Human Rights Council (CNDH). The resolution was published on March 12, of 2020, and went on to establish National Guidelines for a Public Policy on Human Rights and Business.

Before describing the guidelines, the text lists theoretical and normative bases that were considered in its elaboration, which already diverges from the format of Decree No. 9.571/18, which disregarded the existing accumulation on the subject. Among the considerations made, it is possible to highlight the principles and fundamental rights assured by the Brazilian Federal Constitution of 1988, the treaties signed by Brazil, and the determinations of the International Labor Organization (ILO). Besides the normative aspects, it is explicit in the text the concern with reports and technical notes being elaborated by the civil society or at least has its participation in the process.

It is worth noting that the production of the document had the direct participation of civil society and was even discussed during the VI International Seminar on Human Rights and Business, which took place in 2019 in Rio de Janeiro. This seminar was organized by Homa in partnership with CNDH, which also worked on the elaboration of the draft and advised the body throughout the process.

Among the general guidelines is the primacy of human rights and the role of the State as provider and protector of these rights, as well as the State’s responsibility to ensure access to justice, emphasizing that the resolution of conflicts should be based on the principle of centrality of the victims. This principle guarantees the active participation of the affected communities in the elaboration of mechanisms of reparation and prevention so that violations are not repeated. Its important to highlight that the text determines that the recognition of those affected will always occur through the principle of self-determination, which goes against the shifting of the burden of proof adopted by Decree No. 9,571/18 and better analyzed in the  last post.

Another very important aspect addressed in the document is the recognition of the inequality of power between the parties involved as a protection measure, this way some guidelines address the issue by determining that the State must ensure the effectiveness of legal instruments for access to information and must not allow communities and activists to suffer any kind of persecution or criminalization.

The companies’ obligations are primarily related to curbing human rights violations throughout the production chain and to promptly and fully remedy any detected violations. This determination, along with others, demonstrates the concern of this resolution with transparency and accountability of companies.

The writing is clear in determining the burden of each agent and is also precise when it makes reference to the gender, race and class specificities that must be considered for fair reparations. The guidelines that refer to reparation mechanisms even determine that the argument of forum non conveniens, which means lack of competence of the court, is not admissible even in cases of violations outside the national territory. Finally, it determines the specificity of the negotiations made with indigenous peoples and quilombola communities, because these must respect their culture, beliefs, and the way they organize themselves, which highlights the need for prior, free, informed, and good-faith consultation.

To conclude the document, as an annex to Resolution 5/2020, there is an exposition of the reasons that led to its elaboration, among them are the human rights violations by companies that took place in national territory. The best known examples are the Fundão dam collapse in Mariana/MG and the Córrego do Feijão dam collapse in Brumadinho/MG. Along with the cited cases, a summary of the Global Agenda is exposed, and how the context post Labor Reform and Decree No. 9.571/18 reveals the need for a document that effectively protects the rights of the affected people in Brazil.

In the next post, the last of the series on the National Agenda, we will deal with the process of elaborating a Brazilian National Action Plan, as well as the need for a participative democratic elaboration. 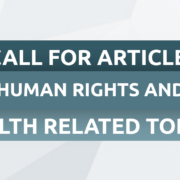 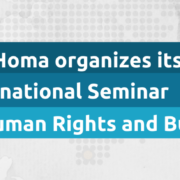 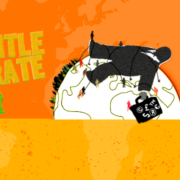 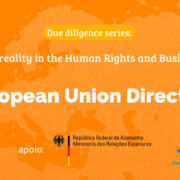 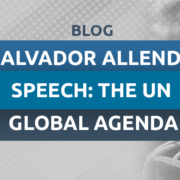 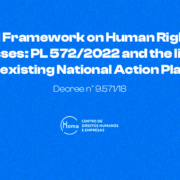 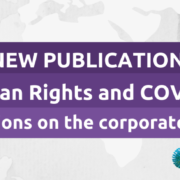 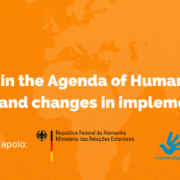