International law goes through the boundaries of States, creating a system of legal norms that regulate the relations between nations. The sources of International Law are what determines of which means come or that might come the legal norms, that is, what composes this Law. For most authors on the theme, the sources are divided into material and formal.

The material sources are the content of the legal norm, they determine how a legal norm will be elaborated. Sociological, economic, psychological and cultural factors lead to a decision that later will be formalized in other sources of International Law. The material sources refer to these decisions.

The formal sources are the methods and processes of creating legal norms. They are mentioned in article 38 of the Statute of the International Court of Justice:

“1. The Court, whose function is to decide in accordance with international law such disputes as are submitted to it, shall apply:

We have already talked about international treaties in our blog. In general, international treaties are the main source of International Law. For the validation of a treaty, it is necessary the direct and democratic participation of the involved States. They are direct, clear and easy validation source because it is necessary its written and ratified (signed) documentation by all States that compromise to adhere to its rules.

The international customs are general practices accepted as a law. They are the second major formal source and, historically, the older. For the formation of a custom, two elements are required: the material, generalized repetition of certain acts, and the psychological, the conviction that such acts are practiced by obligation. The customs must be proved so that they are valid.

Besides the main sources, the International Law also has as sources judiciary decisions and publicist doctrines. They are called “new sources” or “auxiliary means”. We can mention: 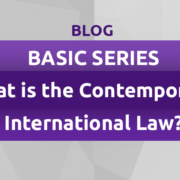 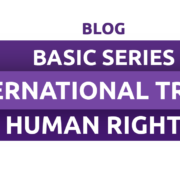 How are International Treaties created?
1 reply

What is the Contemporary International Law?
Scroll to top